Monday on the Bay

We tried to fish Monday morning out of Solomons. First stop was near Cedar Point to fish below some working birds. We caught four fish, only one keeper out of the group. We ended up leaving shortly thereafter, due to the waves and wind.

Then we headed back over and tried to fish outside of Goose Creek area. The waves were now even worse and we feared being pushed onto the shoreline. Finally we tried the Patuxent River, we saw no action there either. It was a pretty rough day on the bay. 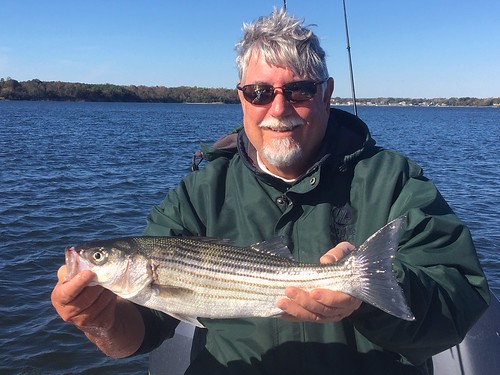