It was just another cold January day on the water when I fished St Marys Lake on 1/19 for a few hours. After getting on the water at 10:00, I was hoping for a little bit of everything. But ended up only catching a largemouth bass and a crappie.

I had a plan that would had worked if I stuck with it, but my attention span is that of a gnat. So, my plan to start was to look for schools of crappie. I did see a few on the sonar, but I made the mistake of looking down at the spillway, and I was off hunting pickerel down lake off the dam and spillway.

After I had no luck there, the wind picked up and there were strong gusts too. So, I moved back towards where I started out, but along the shoreline. Where, by the way, there are no fish. So I returned to my original plan and in short order I had a bass and crappie over the gunwale. But I had planned on being home by 2:00. So pulled up at 1:00.

The air temperature was in the upper 40s, water temp was 37. A good portion of the lake had skim ice, but it mostly blew off by 1:00. Fish were in water 14-15 or deeper and mostly sitting on the bottom. Some were mid way in the water column. I was using a very small jig, letting it rest on the bottom then lightly jigging the bait. But that was difficult because of the wind.

Great day, I got out and caught fish. 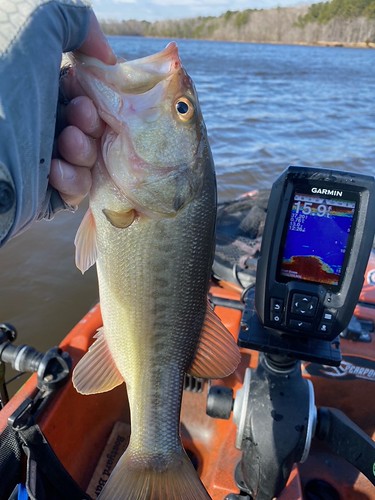 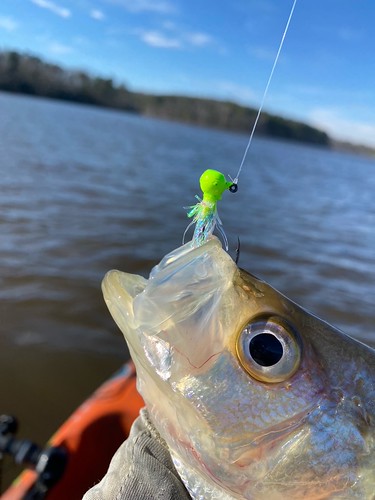 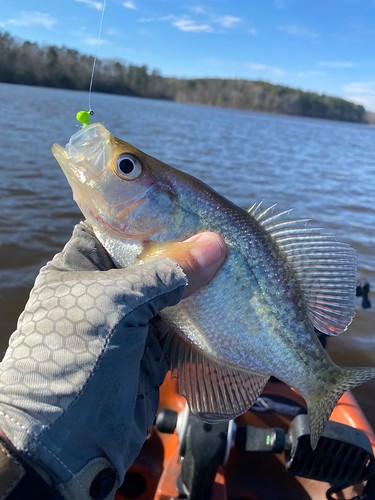 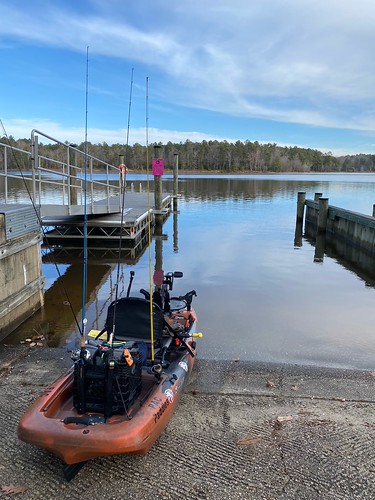 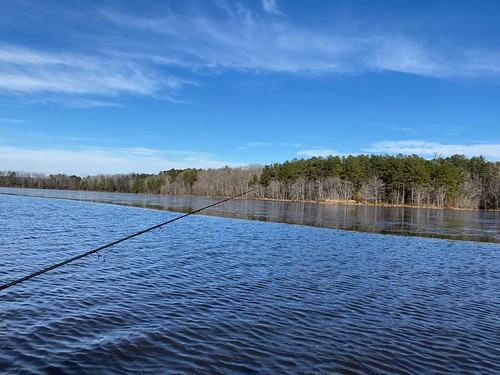